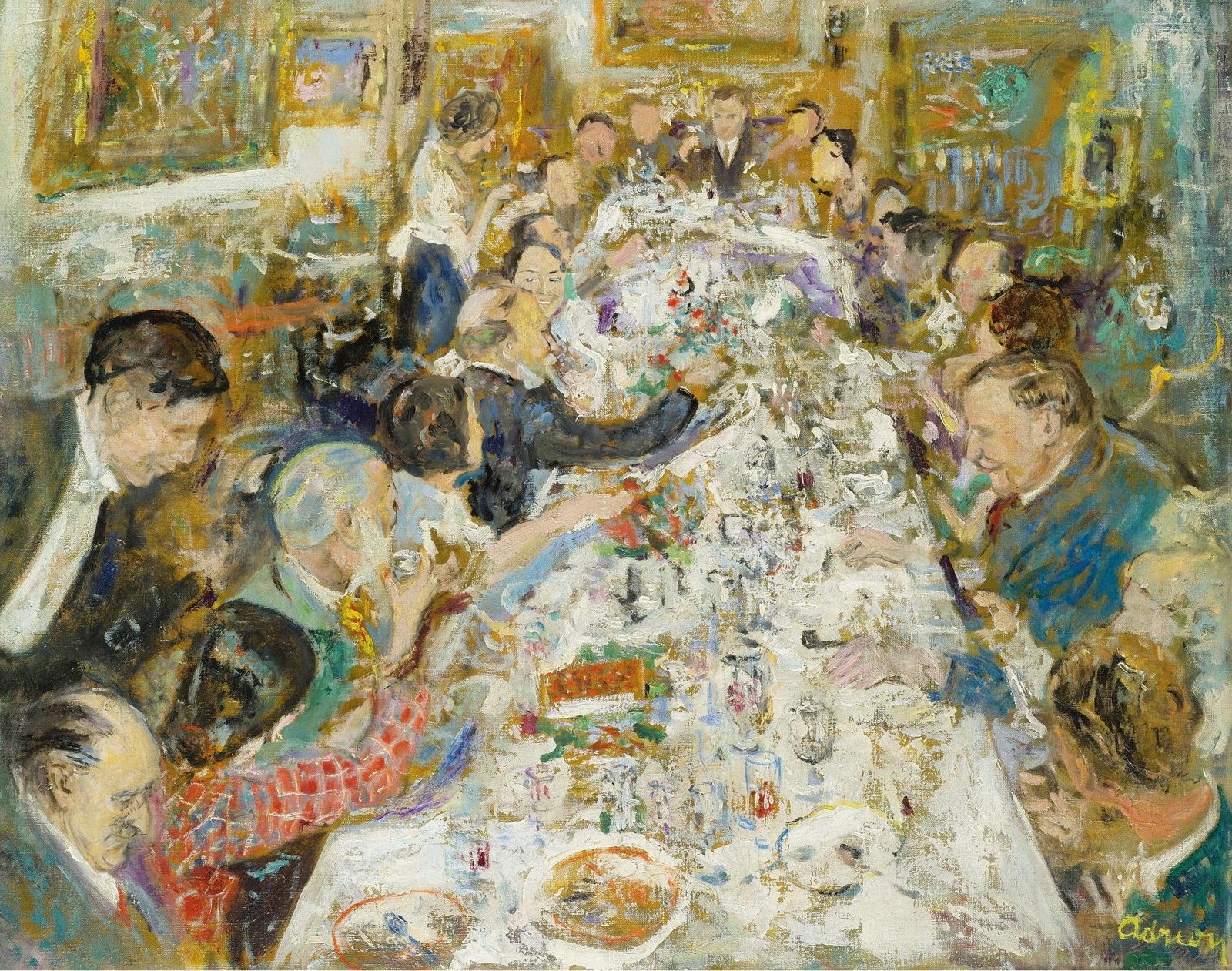 A few weeks ago, a cousin sent me a photograph from the memorial dinner we had held after my father died, celebrating his life. It’s a photo I cherish because it represents the camaraderie and devotion that my father inspired during his long life. In the picture, there are cousins, caregivers, dear friends both old and new, all so present not only (and not so importantly), at the dinner, but in his life up until the very end. Thank god, his old age was full of companionship.

At the dinner itself, I’d been given a different photograph, privately taken by one of his beloved caregivers. Unlike the shareable photo of the joyful and sometimes funny dinner (at one point, I gave a short speech that was accompanied, although I didn’t know it at the time, by the Chipmunks singing a holiday song over the restaurant’s speakers!), this was a photo I’ll never show to anyone.

In fact, I can barely stand to think about it, let alone look at it: towards the end of a wrenchingly tender and relentless three days of his moving inexorably towards his death, this is a photo of my dad looking at me a few hours before he died; toothless, radiant with naked longing and love, while I laid my head on the pillow next to his.

I can’t look at this photograph again, both because it breaks my heart with loss, but also because Dad’s absolute trust in the person by his side speaks to a me I can never really hope to be. If I was that for him in those hours, those days, perhaps even those few difficult last years, it was the beauty of who he was to me and the immensity of his leaving that brought me to that kind of grace.

A year before that almost to the day, I sat with my dearest friend while she also slipped away, stripped to the bone after her two-year ravaging by cancer. Suddenly, overtaken by the same impulse my father’s friend must have had at his deathbed, I tried to take a photograph of her so I could remember later … something, about death, and about eternity, about the truth of suffering and the impossibility of loving a mortal being. I took the photograph so it could speak to me when—and it was already past that time — she couldn’t. But the camera just showed a blank, even though it worked fine for other photographs during that same time. I tried several times to take a picture of her, but couldn’t.

The moment I tried to capture wasn’t to be captured, apparently, any more than the moment so close to my father’s death, which also can’t be looked at, ever again, by anyone, and couldn’t be comprehended — I was there and I don’t comprehend it — even if I were to show the photograph to them. At its most speaking, what the photo shows is a mere simulacrum of what *was.*

Instead, surrounding those moments now is the only thing that reminds me of my beloveds who are not here, who are no longer talking to me. And so it’s the one thing that comforts me, more than even music, laughter, conversation: it’s silence.

maybe    half a moment

the rush of traffic stops.