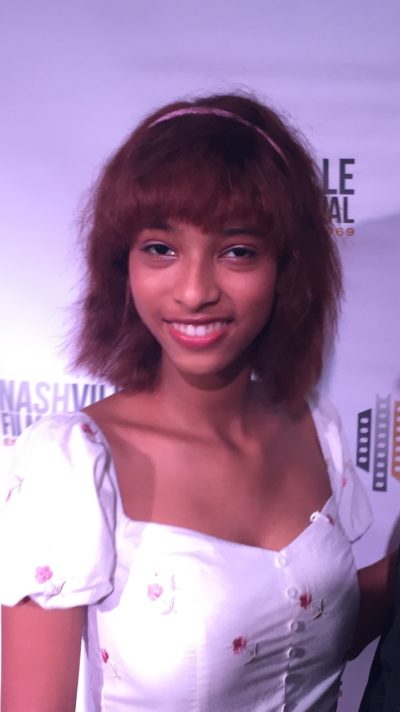 We’re so pleased to share with you our trip to the Nashville Film Festival where we helped premiere Mississippi Requiem, a film executive produced by Engaging the Senses Foundation. Based on four William Faulkner short stories, shot in black and white, and made even more powerful by interstitial quotes throughout by James Baldwin, this is a dark, even shocking look at an era of racial inequity which is not as far from our contemporary experience as we often pretend. With a cast of several strong newcomers as well as well-known actors Alicia Witt, James Franco, Topher Grace, and Amy Smart, the film is composed of a series of shorts that deserve to be seen, studied, and filed permanently into our collective consciousness.

Please stay tuned here for more information about showings/venues for the film. You won’t want to miss it.

In conjunction with the premiere, we were able to secure an interview and two performances with the brilliant, beautiful, she-will-change-the-world Youth Poet Laureate of Nashville, Haviland Whiting for our Be the Beauty poetry documentary. She was supported throughout our time together by representatives from Nashville-based Southern Word, which offers writing and music production programs that inspire and engage youth.

It was an adventure for all of us as we trooped into Third Man Records, owned by Jack White of the White Stripes, to film Hav as she performed a long poem in the analog recording booth! We cherish the resulting 6″ record and will share her recording with you soon here on the website. We also lucked into an unexpected interview with Chet Wiese, poet, musician, and poetry publisher (through Third Man Books, the poetry publishing arm of Third Man Records). Such riches!

Later that same day, we met Hav on the red carpet for a Hollywood style interview, where she told us that she will always write and read poetry to find comfort and sustainment, but plans a career in diplomacy. It occurred more than one of us that Haviland Whiting may well serve someday as the Inaugural Poet … at her own inauguration! That’s the power of this young woman.

After the interview and to introduce the film, Haviland gave us a kick-ass of a reading, with poems that she chose based on her previous viewing of Mississippi Requiem. After the first official viewing of the film before an audience, Haviland joined staff members from Engaging the Senses and from Elysium Bandini Studios, which produced the film, along with director Arkash Arkay and actor Dennis Renard. We took questions from the audience and explored the ramifications of a film that so starkly and unapologetically depicts misogyny and racial injustice.

The work we’re doing inspires us daily and we hope it inspires you, too! 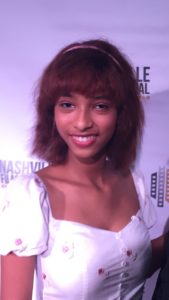