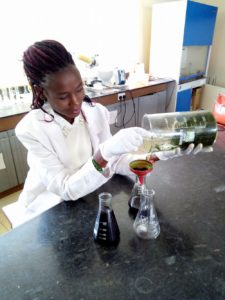 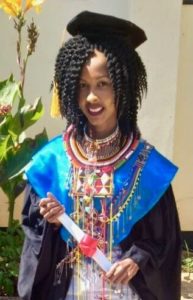 Investing in girls’ education transforms communities, countries and the entire world. Girls’ education strengthens economies and reduces inequality. It contributes to more stable, resilient societies that give all individuals – including boys and men – the opportunity to fulfill their potential. —  Unicef 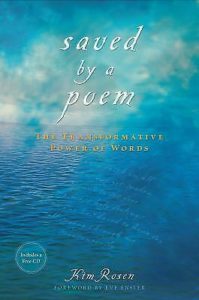 One of the great joys of the work we do at Engaging  the Senses Foundation is having the opportunity to meet and interview, support, and often partner with extraordinary creatives and thought leaders. Kim Rosen is among our most cherished companions on our journey to bring creativity into active conversation with mindfulness in order to open up hearts and minds everywhere. She also inspires us in our own endeavors to marry the creative  life with social responsibility and activism.

We first “met” Kim through reading her extraordinary book, Saved by a Poem: The Transformative Power of Words, which brought to vivid life everything we know and believe about the magic of this art form.  The great poet Jane Hirshfield testified to the book’s power: “Intimate and wise, personal and encyclopedic, this book is about the fully embodied life that steps forward when great language is spoken aloud. Kim Rosen opens—and holds open—poetry’s first door: the intimate and unobstructed voice.”

As a teacher and facilitator engaging with people in multiple venues throughout the world, Kim’s ability to dive deep into awareness by combining her love of poems with a background in Core Energetic Therapy, Gestalt Therapy, Drama Therapy, and Hands-on Healing — as well as her personal immersion in the teachings of the Byron Katie and other non-dual teachers — is awe-inspiring. With her combined expertise in mindfulness and poetry Kim has awakened listeners around the world to the power of poems to heal and transform individuals and communities. Our interview with her for our film in post-production, Be the Beauty, is one of the highlights of the documentary.

In this incredibly challenging time we are living through together, why not join Kim on Friday, March 20th, for her Virtual Mysterium Retreat on an internet platform that allows both video and call-in options. This is an opportunity to step out of time for 24 hours and discover who you are. In solidarity with a community of kindred spirits and simultaneously in the solitude of your own home, you are invited into an immersion in poetry, doing nothing, writing if you choose, silence. “We give up watches, technology, pre-ordained structure, plans. We follow the arisings of the moment. We Do Nothing. We open to what is.”  – Kim Rosen

Like many of our partners in creativity and social engagement, Kim seems to accomplish the work of many people, heeding the call to action wherever she uncovers it. In addition to her work in service of poetry and presence, in 2010 she founded the  Safe House Education (S.H.E.) Fund. The S.H.E. fund offers Maasai girls who have fled Female Genital Mutilation (FGM) and Early Childhood Marriage an opportunity to go to college and transform the oppression of women in their families, their tribe and the world.

It was in 2007 that Kim first visited with the young women of the Safe House sanctuary founded by Agnes Pareyio, an inspirational leader in activism and politics in Narok county and the head of Kenya’s Anti-FGM board. Every year, six to ten girls from the Safe House graduate secondary school. Each has been reconciled with her parents in a beautiful ceremony that includes villagers from miles around, helping to transform her family and community by becoming the first female in her village to complete high school and return to the community an empowered young woman.

As Kim narrates in The S.H.E. Fund: Educate a Girl: Change the World, the S.H.E fund all began with a poem. When she and the girls were seeking for a way to communicate past vast barriers of experience and background during that first meeting, Kim began to recite by heart poet Mary Oliver’s “The Journey,” a poem she had not thought of in many years. Her recitation brought many of the young women as well as Kim herself to tears.
Kim writes, “as ‘The Journey’ filled the kitchen, there was no separation between us. We were transported into a timeless, placeless, languageless realm where we were the same. By the end of the poem, tears were running down my face and several of the girls were crying as well. Several of them dove toward me, wrapping their arms around my waist. There was a long silence. Then Jacinta asked, ‘Who is this woman, Mary Oliver? Is she Maasai?’ I shook my head, barely able to speak. ‘American,” I whispered. ‘Mzungu. Like me.’ ‘How did she know?'” asked Jacinta.
And so their journey together began.

One day you finally knew
what you had to do, and began,
though the voices around you
kept shouting
their bad advice —
though the whole house
began to tremble
and you felt the old tug
at your ankles.
“Mend my life!”
each voice cried.
But you didn’t stop.
You knew what you had to do,
though the wind pried
with its stiff fingers
at the very foundations,
though their melancholy
was terrible.
It was already late
enough, and a wild night,
and the road full of fallen
branches and stones.
But little by little,
as you left their voice behind,
the stars began to burn
through the sheets of clouds,
and there was a new voice
which you slowly
recognized as your own,
that kept you company
as you strode deeper and deeper
into the world,
determined to do
the only thing you could do —
determined to save
the only life that you could save.

The seed syllable of the S.H.E. Fund truly was this life-transforming first meeting. Kim kept in close touch with many of the girls through visits and texts until, in 2010, Jacinta reached out to Kim to help her to get funds to go to college. After Kim joined with friends to raise the money, and Jacinta flourished due not only to the financial support she received but also to the emotional impact of the human connection with those who believed in her, the next steps were clear. The S.H.E fund now offers support for college to all Safe House students who choose to continue with their education after secondary school. As with Jacinta, Kim maintains a personal connection with every girl supported by the fund, and contributing funders are profoundly moved by the opportunity to have direct and ongoing relationship with the students they support.
One powerfully effective way the S.H.E. fund differs from most other educational funding organizations for young women in Africa is their commitment to fund every student from the Safe House who graduates secondary school, regardless of her grades in school. While most other organizations only extend funding to the students with the best grades, The S.H.E. fund recognizes that because their students come from extremely rural settings where education of women is forbidden, and are the first in their communities to attend secondary school, their further success in college has an exponentially greater impact on their communities than if only the best students were given this opportunity. As it stands, these are the very young women who will transform their villages when they return educated and empowered, because they are the ones who come from the areas with greatest poverty and the most deeply entrenched oppression of women.
Students currently supported by the S.H.E. Fund are studying Early Childhood Education, Business, Accounting, Nursing, Community Development, Medical Technology and Peace and Conflict Resolution. They will emerge from these programs with the skills and maturity to make their way in the world, and, by example, break the cycle of oppression in their communities. In 2019, the S.H.E. Fund had 32 students in school and 11 graduates. Jacinta, who now holds a Degree in Business Management, is now Director of Kenya Operations for the S.H.E. Fund.
Kim Rosen  inspires all of us at Engaging the Senses by the way her extraordinary presence, honed through poetry and mindfulness, sustains her for openhearted engagement with need as it presents itself to her. This is the link, between creativity, mindfulness, and responsiveness, that we believe in and live by. It’s the essence of who we are as a foundation.
If you find yourself called to support the beautifully results-oriented S.H.E fund endeavor, as we are, learn more about how you can be a part of the magic here. If you are called to dive deep into your own soul in these times that so challenge us while calling us to inner and outer attention (as we are) you can explore with Kim here, here, and here.
Back to What's New