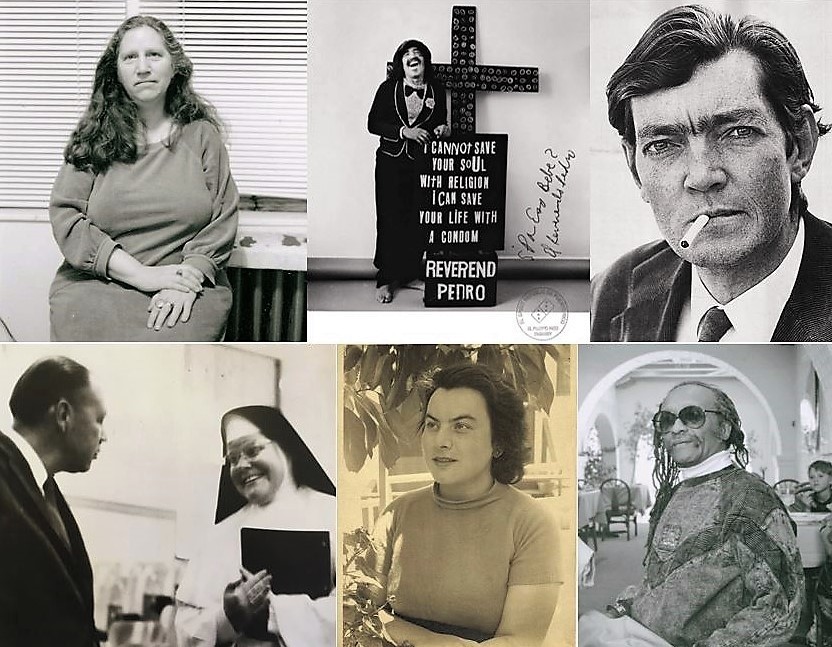 In terms of a magickal working — an inner
visioning process, this is the portion of the
work that involves cleaning up loose ends —
+ bringing to pass what must come to
pass.
The feeling of such a working would
necessarily be bare, but urgent.
— Diane di Prima

In a culture devoted to greed in which much of the necessary work of daily living is done by people who are barely, or not even, paid enough to sustain their own daily lives, it can be difficult to find people who take pride in a job well done. Recently, I’ve experienced several incidents of people failing in their basic work commitments—e.g. my movers delivered to me so much broken furniture it looked like someone deliberately smashed half the lot; the bank sent me new checks on the wrong account; someone I hired to help at the house hung the drapes so ineptly that the hardware has all fallen out, one window after another.

In the case of all three incidents, I felt more sorrow than anger. The movers (the actual workers) are no doubt abysmally paid for their backbreaking labor. The bank employee may have been overworked and is probably bored silly by their boring job, a condition I remember well. The person I hired to help at home has a background that would make most of us shudder, and is just trying to survive after years of a terrible opioid addiction (which is rife here in Vermont).

So it was with an extra helping of joy and something like relief that I spent two days in November in the company of people doing an exemplary job at something they not only take great pride in doing, but obviously do with love. For the past several years, Engaging the Senses Foundation has had the pleasure of partnering with and helping to support scholar/poet/visionary Ammiel Alcalay and his associates and students at the City University of New York (CUNY) Graduate Center’s Lost & Found Poetic Documents Initiative on  their publishing endeavors. For a decade, Ammiel’s team has been excavating lost materials from the archives of mid-twentieth-century writers (mostly poets) across the country, in homes, small and large libraries, and individual collections. Every year, they embark on a new treasure hunt to locate and resurrect these finds. Poems, lectures, letters, theses, translations, and ephemera are all amongst the otherwise lost works they’ve given new life to.

Ever since we’ve partnered with them, I’ve been impressed by the volume of their output, the clarity and beauty of the work they bring to light, and its consistent repository of surprise. But really, I had no idea. Until you’ve spent time in the busy busy small office on 5th Ave where you’ve imagined a staff of at least a couple of dozen (given Lost & Found’s yearly output) to find only four or five people on staff with an additional handful of student researchers named in each season’s publications; until you’ve visited the subterranean press in the basement so many floors down that it exists alongside the New York tunnel system where you can hear the trickle of an underground river; before you find out that due to limited funds there’s now only one intrepid printer laboring over all of Lost & Found’s materials at the press; before you’ve attended a launch where each of the researchers outlines in detail their exacting scholarly process of finding the lost materials passion has led them to translate, contextualize, and resurrect, you really have no idea. The depth and actual wonder of what this group accomplishes—so very much, with limited resources, and such enduring commitment—is astounding.

The importance of what Lost & Found is doing has perhaps been slow to come to the attention of the public at large, although their work is aimed at a general readership. But an increasing number of well-known figures, such as the late Toni Morrison and past US Poet Laureate Juan Felipe Herrera, have recognized that they are accomplishing nothing less than the reinterpretation and invigoration of the mid-century American literary canon for generations to come. Audre Lord, June Jordan, Diane di Prima, Toni Cade Bambara, Langston Hughes, Muriel Rukeyser, Ed Dorn, Robert Duncan, Gregory Corso, Judy Grahn, Ted Joans, Bobbie Louise Hawkins, Adrienne Rich…. The works—possibly up to 70 percent of each writer’s archive is yet unpublished—that Lost & Found publishes are a treasure trove of lost documents that the world sorely needs.

Amongst the many examples that exemplify why these publications are more relevant and needed than ever: Audre Lorde’s syllabi and classroom notes from when she taught race theory to aspiring police at John Jay College in the seventies; Muriel Rukeyser’s writings about her experience in Spain at the start of the Civil War, framing her talks as an answer to the question posed to her, “And poetry—among all this—where is the place for poetry?” and answering that question in full. There are many works by the great Diane di Prima: still on fire, working directly and tenderly with her researchers, she is “one of a handful of poets left whose work, experiences, and friendships span the full range of what has been most vital in post Second World War North American literature, yet her place in our literary and cultural history has barely begun to be delineated.”

Or what about Adrienne Rich’s teaching materials from her “formative years during the turbulent and exhilarating student strike for Open Admissions in the late 1960s at the City University of New York,” in which Rich’s “dedication, passion, and empathy as a teacher completely dedicated to her students as they take a leading role in reshaping access to public higher education” is clearly delineated? And there is Langston Hughes, whose excavated writings expand his already-published A Negro Looks at Soviet Central Asia, with “previously unpublished material drawn from Hughes’ notebooks, photographs, and collaborative translation projects with Uzbek poets.” Along with the published work, “Hughes’ acuity of vision extends to {his} photographs appearing here, scenes of workers in the cotton fields of Central Asia that stand in stark contrast to official depictions of the time.”

Necessary writings, all. And these are only a few examples. These were not writers writing from ivory castles, but from complicated, politically active, risky, full-blooded lives lived on the cutting edge of their time, which has led inexorably to this time and its particular challenges.  As those of us even half awake try as quickly as possible to build a new paradigm that will not only allow a better life for all, but any life at all for our descendants, we need to learn from those who went before, from aspects of the canon that have been lost to neglect or deliberate withholding or the mistaken belief that what these writers accomplished in their entirety is not that important. We need their acquired wisdom.

It is perhaps Lost & Found’s “careful attention to the interplay of poetry, poetics, friendship, and politics,” that is most inspiring and most revolutionary in terms of revealing how vital this work is. Writers responding to and expanding upon other writers, one era forming from another, lessons learned from the exigencies of one time clarifying the right actions of the next; it is only by working with and speaking to one other that we can accomplish real change. The nature of these publications proves that again and again.

Finally it’s worth mentioning that the actual work that goes into recovering these rich documents is no less humble and basic in its way than the (failed) labor I described in the beginning of this post: Ammiel and his highly gifted students and associates do everything themselves, from extensive research in obscure archives, to the long hours of interviews with living writers or those who knew them, to painstaking editing, to the stacking of their periodicals  as they come hot off the press. It’s important work, not glamorous work. It’s work done with true devotion and the belief that we cannot afford to neglect the accumulated knowledge of those who came before us. We share with Lost & Found the certainty that words matter, that the best words can change lives and build bridges, that the poets of the recent past can become our warm and familiar friends just as they made friends and compatriots of their forbears. We are all better for this companionship.

The nature of magic and all high poetry is that it
partakes of [the nature] of correspondence,
rather than metaphor in the arbitrary
[intellectual] sense it has come to have in the 20th Century.
— Diane di Prima