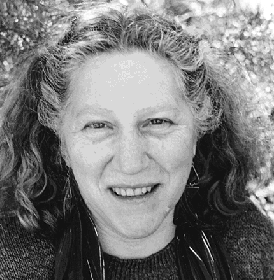 Reading the poet Diane di Prima’s memoir My Life as a Woman in preparation for an upcoming interview for Be the Beauty, I’m reminded that it’s possible for me to look at the years of raising a child on my own and caring for loved ones who were sick and dying as a time of practice towards, not distraction from, the work I love so much.

This is one of the things that Diane’s work, her words, and her life as a writer, agitator, lover, and mother, testifies to.

“The ground of imagination is fearlessness.”

Diane exemplifies a way of being in the world that doesn’t pit the art against the life but claims (in a kind of spiritual and creative manifesto) that, “The Requirements of Our Life are the Form of Our Art.” – Diane di Prima

Diane di Prima is one of the founding mothers of the Beat Movement, but while the seminal (!) men of the era are extremely well known, too many people either don’t know or have forgotten about the women like Diane, Anne Waldman, Hetty Jones, Joanne Kyger, Denise Levertov, Lenore Kandel, Joanna Mcclure, Josephine Miles and Ruth Weiss, without whom the movement would have been impoverished, or impossible.

“The ultimate famine is the starvation of the imagination.”

More than ever, in the charged gender and racial reckonings of this moment, these women who raised their pens and voices  in a supremely patriarchal era deserve to be remembered and celebrated.

“The war that matters is the war against the imagination.”

Diane Di Prima was born August 6, 1934 in Brooklyn, New York.  She credits her maternal grandfather, Domenico Mallozzi,  as being an important influence in her early life; an anarchist and associate of Emma Goldman, her grandfather read to her from Dante and took her to anarchist rallies.

By 19, Di Prima was exchanging letters with Ezra Pound. She lived in Manhattan in the 50’s and 60’s, founded Poet’s Press and was co-founder of the New York Poet’s Theatre. She participated in Timothy Leary’s Millbrook community in 1966.

Di Prima settled in San Francisco in the late 60’s and studied Buddhism, Sanskrit, Gnosticism, and alchemy.  She taught at the Jack Kerouac School of Disembodied Poetics at the Naropa Institute in Boulder Colorado from 1974 until 1997.

Diane is the author of 43 books and has been translated into 20 languages. She writes prose, as well as poetry and is a playwright, photographer, water colorist, and political activist.  The National Poetry Association recognized her with a Lifetime Achievement in Poetry Award in 1993. In 2009, she was named the Poet Laureate of San Francisco.

She is the mother of 5 children, and a Bad-Ass Woman Poet.

“You can have what you ask for. Ask for Everything!”