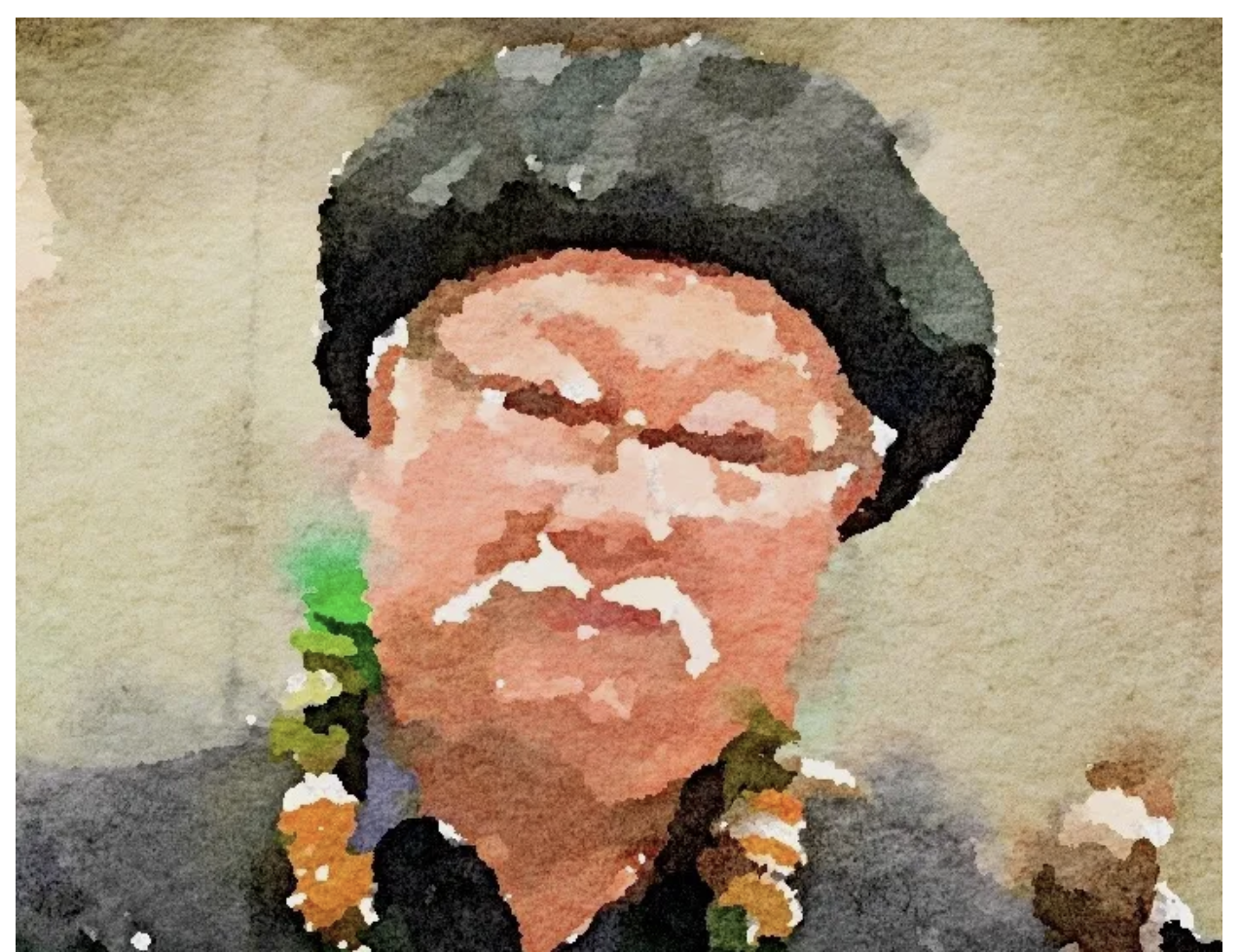 We stand in solidarity with our fellow citizens from the Asian American community as they endure a time of violence and attack: one more grim product of both longstanding prejudice and the extremism of the times we are all living through. Our hearts grieve with theirs after the recent horrific racial and gendered slaughter of innocent women in Atlanta, and ongoing verbal and physical attacks against Asian American citizens, including the elderly.

Our CEO, Mona Abadir, whose parents were immigrants to America, says of both the current hate spike against Asian American and Asian American Pacific Islander communities, and the enduring vibrancy of Asian American literary culture: “We unequivocally condemn the violence and injustice against our fellow citizens. We recommend the following site for an opportunity to both report and keep up to date with hate crimes against Asian American Citizens, in the hope that this spate of violence will be stopped. Meanwhile, it is a privilege to be a small part of raising the visibility of Asian American poets and artists. We look forward to our continued work in Hawai’i and the mainland with the many Asian American creators whose work contributes so much to our lives and consciousness.”

In both bad times and good, and as both comfort and goad, we turn to the voices of poets, who always find a way to express the inexpressible. Whether in horror or in celebration, poets bring us out of abstraction into our sensing bodies, and renew a feeling of being placed in the center of truth. We have been honored to work with Asian American poets like Kealoha, poet laureate of HI, and Poet Laureate of Utah Paisley Rekdal, recording their powerful voices and inspiring work for our films. (Kealoha’s multi-media performance The Story of Everything, is now a completed feature film, directed and produced by Engaging the Senses Foundation and soon to enter distribution.)

There are so many Asian-American poets and writers excelling at their art, and also, courageously, taking on the unwanted pain of both historical and recent racial violence. We strongly recommend this powerful exchange between two stellar Asian American writers in response to the recent violence against Asian Americans, Cathy Park Hong and Chanel Miller on Making Art Out of Grief: A Conversation. Miller is an artist, writer, and the author of Know My Name, the best-selling memoir published in 2019 that details her sexual assault and the court case that followed, which drew national attention after the victim impact statement that Miller read at the time of her assailant’s sentencing went viral. Cathy Park Hong, poetry editor of the New Republic and full professor at Rutgers-Newark University, has written three books of poetry and just published  Minor Feelings: An Asian American Reckoning, which blends memoir, cultural criticism, and history to expose fresh truths about racialized consciousness in America.

Among the Asian American poets we read regularly, there is an incalculable richness to be discovered as they each weave their unique perspectives on individual consciousness, language, history, immigration, life in the present day, and the bridge between their inherited and acquired cultural experiences.  We offer just a few examples here, like this poem that addresses grief and testimonial in a mourning similar to what we are all experiencing in relation to the Atlanta killings: “The Legend” by Hawai’ian/California poet Garret Hongo.

In Chicago, it is snowing softly
and a man has just done his wash for the week.
He steps into the twilight of early evening,
carrying a wrinkled shopping bag
full of neatly folded clothes,
and, for a moment, enjoys
the feel of warm laundry and crinkled paper,
flannellike against his gloveless hands.
There’s a Rembrandt glow on his face,
a triangle of orange in the hollow of his cheek
as a last flash of sunset
blazes the storefronts and lit windows of the street.He is Asian, Thai or Vietnamese,
and very skinny, dressed as one of the poor
in rumpled suit pants and a plaid mackinaw,
dingy and too large.
He negotiates the slick of ice
on the sidewalk by his car,
opens the Fairlane’s back door,
leans to place the laundry in,
and turns, for an instant,
toward the flurry of footsteps
and cries of pedestrians
as a boy—that’s all he was—
backs from the corner package store
shooting a pistol, firing it,
once, at the dumbfounded man
who falls forward,
grabbing at his chest.A few sounds escape from his mouth,
a babbling no one understands
as people surround him
bewildered at his speech.
The noises he makes are nothing to them.
The boy has gone, lost
in the light array of foot traffic
dappling the snow with fresh prints.
Tonight, I read about Descartes’
grand courage to doubt everything
except his own miraculous existence
and I feel so distinct
from the wounded man lying on the concrete
I am ashamed.Let the night sky cover him as he dies.
Let the weaver girl cross the bridge of heaven
and take up his cold hands.
IN MEMORY OF JAY KASHIWAMURA

And here is a poem of song and appreciation, “The Gift,” by Li Young Lee:

To pull the metal splinter from my palm
my father recited a story in a low voice.
I watched his lovely face and not the blade.
Before the story ended, he’d removed
the iron sliver I thought I’d die from.

I can’t remember the tale,
but hear his voice still, a well
of dark water, a prayer.
And I recall his hands,
two measures of tenderness
he laid against my face,
the flames of discipline
he raised above my head.

Had you entered that afternoon
you would have thought you saw a man
planting something in a boy’s palm,
a silver tear, a tiny flame.
Had you followed that boy
you would have arrived here,
where I bend over my wife’s right hand.

Look how I shave her thumbnail down
so carefully she feels no pain.
Watch as I lift the splinter out.
I was seven when my father
took my hand like this,
and I did not hold that shard
between my fingers and think,
Metal that will bury me,
christen it Little Assassin,
Ore Going Deep for My Heart.
And I did not lift up my wound and cry,
Death visited here!
I did what a child does
when he’s given something to keep.
I kissed my father.

Another poem, which expresses itself through exquisite formality: “Pantoum” by Sandra Lim.

Taking on an aspect of the Orient,
Skies full of hatchets and oranges
Love, uninvited, hangs in the blood:
But what is a kingdom to a dying emperor?

Skies full of hatchets and oranges
Keep the birds singing, sorrows fresh—
But what is a kingdom to a dying emperor,
As the nights grow steadily into mountains.

Keep the birds singing, sorrows fresh—
The princess braids these into a necklace
As the nights grow steadily into mountains,
Why, even regrets recede unexpectedly.

The princess braids these into a necklace:
Roads and rivers that lead away from the palace.
Why, even regrets recede unexpectedly
In a solitude full of wars and songs.

Roads and rivers that lead away from the palace
Never converge in that vast landscape;
In a solitude full of wars and songs,
The words remain light and fugitive.

Never converge in that vast landscape
In the way that stars keep their distance.
The words remain light and fugitive
In an anticipation crossed with absence.

In the way that stars keep their distance,
Love, uninvited, hangs in the blood
In an anticipation crossed with absence,
Taking on an aspect of the Orient.

And finally, a poem that brilliantly takes on the difficulty and excitement of searching for the words to address reality, by Franny Choi:

We Used Our Words We Used What Words We Had

we used our words we used what words we had
to weld, what words we had we wielded, kneeled,
we knelt. & wept we wrung the wet the sweat
we wracked our lips we rang for words to ward
off sleep to warn to want ourselves. to want
the earth we mouthed it wound our vowels until
it fit, in fits the earth we mounted roused
& rocked we harped we yawned & tried to yawp
& tried to fix, affixed, we facted, felt.
we fattened fanfared anthemed hammered, felt
the words’ worth stagnate, snap in half in heat
the wane the melt what words we’d hoarded halved
& holey, porous. meanwhile tide still tide.
& we: still washed for sounds to mark. & marked.

We are constantly enriched, and know you will be too, through immersion in the manifold poetic voices speaking so powerfully from inside the Asian American community.